By Margarita Snegireva. Liberty Media lodged a complaint to remove IAC/InterActiveCorp Chairman and Chief Executive Barry Diller and six other directors from IAC's board. 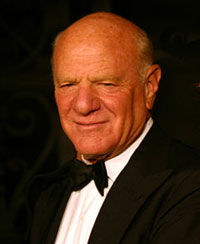 The complaint, which was filed in Delaware Chancery Court, marks an escalation in the battle between Diller and Liberty Chairman John Malone over IAC's plans to split itself into five different companies.

IAC/InterActiveCorp is an American media conglomerate which operates diversified businesses in sectors being strongly influenced by the internet. IAC has more than 60 brands, operated by approximately 20,000 employees in 28 countries. The Chairman and CEO is businessman Barry Diller.

In 2006, IAC began its move from a holding company to an operating company by establishing the position of President and Chief Operating Officer and appointing LendingTree founder Doug Lebda to the position. Also in 2006, IAC Programming, a content business combining the internet with traditional programming, was formed, and Michael Jackson, former head of USA Networks, Chairman of Universal Television Group, and CEO of UK's Channel Four, was appointed President. IAC tapped its internal talent for new business ideas and, as a result, launched home-grown businesses Gifts.com, Chemistry.com, Pronto, Very Short List, and 23/6 (in beta). In March 2006, AskJeeves was relaunched as Ask.com. In December 2006, IAC launched its first major product integration, AskCity, a new product from Ask.com that integrates content from key IAC brands. In May 2007, the company launched AskMobileGPS, an application for GPS-enabled mobile phones with features from Ask.com, Citysearch, and Evite.com.