Belgian Fortis to charge off around EUR 2 billion 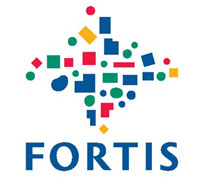 Belgian Fortis to charge off around EUR 2 billion

End-of-year solvency will probably surpass regulatory requirements, Fortis, based in Brussels and the Dutch city of Utrecht , said in a statement yesterday distributed by Hugin. Fortis will keep its dividend policy unchanged, the company also said.

Fortis shares dropped to the lowest since August 2002 on Jan. 25 in Brussels trading after Dresdner Kleinwort cut its recommendation on the stock to "add'' from "buy'' on concern the bank may have further writedowns on subprime-related assets and may need to raise as much as 10 percent new capital.

Fortis is a banking, insurance, and investment management company, and is the 20th largest business in the world by revenue. The Benelux counties are Fortis' home base and its strength. Fortis' banking operations include network (retail), commercial, and merchant banking; its insurance products include life, health, and property/casualty lines. Products are sold through independent agents and brokers, financial planners, and through Fortis Bank branches. It is listed both on Euronext Brusses and Euronext Amsterdam stock exchanges.

In addition to acquiring a retail bank in Poland, Fortis acquired 89.3% of the shares of Turkey's fifth largest privately owned bank Dışbank from Doğan Group on 11 April 2005. Considering the outstanding public shares, the total bid is approximately €985 million. From 28 November 2005 on, the network of 173 branches of Dışbank was rebranded Fortis.