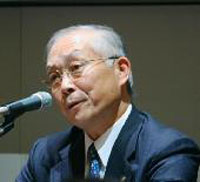 By Margarita Snegireva. After Hoya Corp released lower-than-expected quarterly profit and forecasted that its annual profit will also fall for the first time in six years, shares of Hoya Corp slid 10 percent, hit by falling prices of glass used to make flat panels and a delay in its shift to advanced hard drive disks.

Operating profit at Hoya, which is roughly half-owned by foreign investors, came to 27.53 billion yen ($258 million) in October-December, up 1.1 percent from the 27.2 billion yen booked in the same period last year.

The company failed to release products on schedule and prices fell, resulting in lower earnings during the first nine months of the fiscal year, according to Tokyo-based Hoya, which bought Japanese camera-maker Pentax Corp. in 2007.