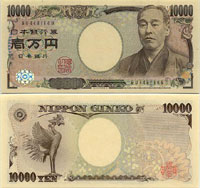 China's main stock index tumbled more than 7 percent, as heavy snow across central and eastern China stoked worries about damage to the economy, while Japanese shares fell more than 3.5 percent.