By Margarita Snegireva. British brewer Scottish & Newcastle on Friday accepted a $15.2 billion (7.8 billion pound) takeover offer made by Carlsberg and Heineken, ending its independence as well as a takeover battle that had dragged on since March. 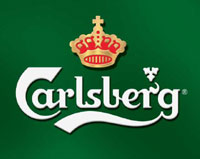 Shareholders of the brewer of Kronenbourg 1664, John Smith's, and in Europe , Foster's, will get 800 pence a share in cash. Carlsberg is paying 54% of the total offer.

On 17 October 2007, Heineken and Carlsberg jointly announced that they were considering forming a consortium to bid for, and acquire the total capitalisation of Scottish & Newcastle. No formal offer had been put to S&N at the time and the bidding parties have yet to announce a timetable for the acquisition. On the 25 October, however, Heineken and Carlsberg announced that they had submitted a written proposal to S&N. They invited S&N to discuss a possible offer, the terms as to which they are prepared to proceed include a bid of 720 pence per share.

The offer was immediately rejected by the Board of S&N, who believed that it significantly undervalued the worth of the S&N group. Further developments are expected.

On the 31st October 2007, S&N announced that it had requested the Swedish Courts to begin arbitration proceedings between itself and Carlsberg A/S in relation to the latter's alleged contractual infringements, relating to the joint ownership of Baltic Beverages Holdings (BBH). Carlsberg immediately countered that it believed S&N's claims were "spurious and without merit".

A new offer was made public on the 15th of November 2007 by Carlsberg and Heineken, raising the offer to 750 pence per share. (Thus being an increase of 30 pence per share) The partners claim this is "substantially in excess of the standalone independent value of S&N".

On the 17th January 2008, S&N annouced that it was now in formal discussions with the consortium, following a revised proposal to purchase the business for £8.00 per share.

An announcement was made on 25th January 2008 that an offer of over £8 per share has been accepted.