Last.fm to give its users new opportunities

By Margarita Snegireva. CBS announced that Last.fm is going to expand its music service allowing users to chose songs and play them up to three times. 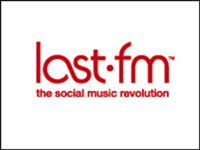 Last.fm to give its users new opportunities

The move is expected to give a lift to the idea that music through the Internet can be similar to radio - free and supported by advertising - yet give users a choice of what they want to listen to.

Last.fm is a UK-based internet radio and music community website, founded in 2002. It is the world's largest social music platform with over 20 million active users based in more than 232 countries. On 30 May 2007, CBS Interactive acquired Last.fm for £140m (US$280m), making Last.fm the largest European Web 2.0 purchase to date.

Using a unique music recommendation system known as "Audioscrobbler", Last.fm builds a detailed profile of each user's musical taste by recording details of all the songs the user listens to, either on the streamed radio stations or on the user's computer or portable music device. This information is transferred to Last.fm's database ("scrobbled") via a plugin installed into the user's music player. The profile data is displayed on a personal web page. The site offers numerous social networking features and can recommend and play artists similar to the user's favourites.

Users can create custom radio stations and playlists from any of the audio tracks in Last.fm's music library, but are not able to listen to individual tracks on demand, or to download tracks unless the rightsholder has previously authorised it. Registration is required to acquire a profile but is not necessary to view any part of the site or to listen to radio stations.