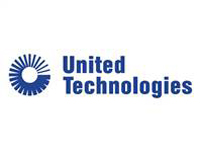 Wall Street expectations were only $1.06 per share, according to Thompson financial.

United Technologies Corporation is an American multinational conglomerate based in Hartford, Connecticut, and is the 20th largest U.S. manufacturer. UTC is a $48 billion company that researches, develops, and manufactures products in numerous areas, including aircraft engines, helicopters, heating and cooling, fuel cells, elevators and escalators, fire and security, building systems, and industrial products, among others.

UTC is also a large military contractor, producing missile systems and military helicopters, most notably the Black Hawk Helicopter. In 2005, it received over 5 billion dollars in military contracts. George David is the current CEO.