By Margarita Snegireva. Microsoft Corp. is investing more money in educational computer training programs throughout the world, acknowledging that it also wants to help its own business by getting more of them to use its products. 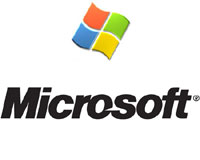 In Berlin on Wednesday, Bill Gates is expected to announce a five-year, $235.5 million investment in the company's "Partners in Learning" program. The company is expanding the program beyond kindergarten through 12th grade to colleges and universities. Microsoft says the new money will bring its total investment in the program to about $500 million over 10 years.

Microsoft says the goal is to boost educational and economic opportunities, and collaboration among educators, in areas with limited access to technology. The initiative is involved in more than 100 countries.

The program, started in 2003 by Microsoft, has already been accessed by more than 90 million students around the world. The new commitment aims to triple its reach over the next five years.

The effort is part of a larger Microsoft program called Unlimited Potential which has a goal of reaching 1 billion people by 2015.

The Redmond computer giant has now pledged nearly $500 million to Unlimited Potential over a 10-year period.