By Margarita Snegireva. Gaz de France said it had a 13 percent rise in fourth quarter gains on Wednesday and the country's main gas provider also added that it would beat its financial targets for 2007. 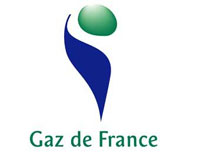 "Gaz de France's financial objective for 2007 will be exceeded," the company said in a statement.

Gaz de France (GDF) is a French company which produces, transports and sells natural gas around the world and especially in France which is its main market, but also Belgium, the United Kingdom, Germany and other European countries.

Gaz de France has been created with its sister company Électricité de France (EDF) in 1946 at the end of the 2nd World War by the French Government.Gaz de France is a French energy company specialising in the transmission and distribution of natural gas. GDF is still a public-owned company but it has recently bought some assets oustide France because the Gas market will soon be opened to foreign competitors.

Since the opening up of Europe’s energy markets, Gaz de France has also been present in the electricity market, having developed combined natural gas-electricity offerings.

The company's capital has been partially opened to public investors in July 2005 at 30% of the capital. The initial Stock price has been fixed at €23.40 per shares at the beginning of the trading session.