By margarita Snegireva. Ticketmaster, the world's leading ticketing company, no longer controls the gateway to the world of live sports and music events, and more change is coming. 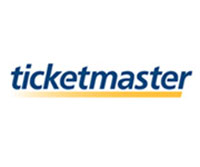 In December, concert promoter Live Nation, Ticketmaster's biggest client, said it would begin selling its own tickets in 2009. Live Nation accounted for about 15% of West Hollywood, Calif.-based Ticketmaster's roughly $1 billion in revenue in 2006.

The announcement came at the end of a year in which Ticketmaster sued one of its own clients, the Cleveland Cavaliers, lost Major League Baseball's ticket resale business and trailed competitors in the secondary ticketing market.

Ticketmaster is a ticket sales and distribution company based in West Hollywood, California, USA, with operations in many countries around the world. Typically, Ticketmaster's clients (arenas, stadiums, and theatres) control their events, and Ticketmaster simply acts as an agent, selling the tickets that the clients make available to them.

One of the first ticketing companies to sell tickets on the Internet, Ticketmaster now sells a large percentage of its tickets online, some via phone, and a percentage through its many ticket outlets.

Ticketmaster has recently devoted significant resources to counter fraud and offers the usual variety of options available for consumer goods. Other technology includes barcoded tickets, which offers the ability for counterfeit ticket to be refused at the point of entrance.

Ticketmaster's market share remains over 50% of total sales for tickets in the United States. Despite the ready availability of web-based ticketing software, Ticketmaster continued to see revenue growth in 2006 & 2007.

Major League Baseball's acquisition of rival Tickets.com in 2005 marks the most significant organization moving away from using Ticketmaster's services.

Ticketmaster is currently owned by IAC/InterActiveCorp, but on November 5, 2007, IAC announce plans to spin Ticketmaster off into a publicly held, independent entity.