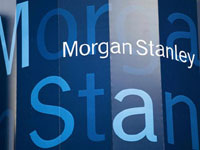 He sill return to Germany with his family. Stephen Roach was named CEO in addition to his role of chairman of the company in Asia.

Morgan Stanley is one of the world's largest investment banks and global financial services firms, which serves a diversified group of corporations, governments, financial institutions, and individuals. Morgan Stanley's world headquarters is in New York City, with regional headquarters in London and Hong Kong.