By Margarita Snegireva. Massey Energy Co said on Thursday that it would pay $20 million to settle a lawsuit with the U.S. Environmental Protection Agency over claims that it violated the Clean Water Act at its coal mines. 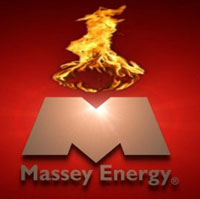 Massey said it would take a $15 million charge in the fourth quarter to cover the costs of the settlement, which is higher than it had estimated. The company had previously created a $5 million reserve to cover costs related to the issue.

Massey Energy Company is a large coal producer with substantial operations in West Virginia, Kentucky, and Virginia. By revenue, it is the fourth largest producer of coal in the United States, its mines yielding around 40 million tons annually. The company controls 2.2 billion tons of coal reserves in southern West Virginia, eastern Kentucky, southwest Virginia and Tennessee or about a third of all Central Appalachian reserves. It currently employs about 5,000 people and operates 34 underground mines and 15 surface mines. In January of 2008, the US Justice Department ordered Massey to pay fines totaling 30 million dollars as part of an agreement resulting from a May 2007 complaint filed by the EPA.