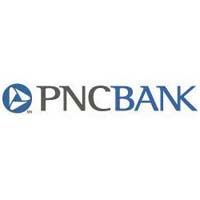 Net income was as low as $178 million in comparison with $376 million a year earlier. The bank earned $1.07 a share, but its business was impacted by costs from funding BlackRock