The business world has to admit that the worst U.S. housing slump in 27 years has the growing impact on consumers. The small increase in sales can’t actually recover retailers' losses. And even one of the largest U.S. jewelry and silverware companies has fallen victim to the circumstances. 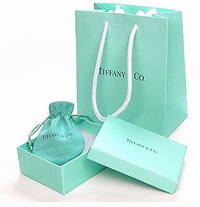 Tiffany & Co. experienced the greatest fall in sales in three years. Considering the market crisis and drop in holiday sales the company announced its plans to cut its profit forecast and to analyze their sales and earnings growth objectives for 2008.

The new forecast for the full year shows the expectancy to earn $2.28 per share, from $2.30 wanted earlier.

The picture of the company’s sales started to worsen in December when sales at U.S. stores open at least a year declined 5 percent after gaining 7 percent in November.

Stores outside the main location in New York and all over the country reported about 4- percent fall. There is no favorable forecast for January.