By Margarita Snegireva. A company that sells Internet domain names is facing criticisms for holding some in reserve as a consumer-protection measure, a move that also prevents interested parties from shopping around for better prices. 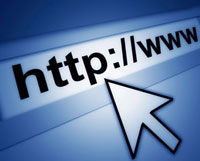 After weeks of testing, Network Solutions LLC began this week to grab names that people search for on its Web site but don't immediately register.

In the 1990s, Network Solutions implemented a policy of censoring domain names. This came to light when Jeff Gold attempted to register the domain name shitakemushrooms.com but was unable to. Further aggravating the controversy was the fact that while Network Solutions' automated screens blocked the registration of shitakemushrooms.com, the domain name shit.com had been successfully registered. Network Solutions argued that it was within its First Amendment rights to block words it found offensive, even though it was operating pursuant to contract with a Federal agency NSF.

Network Solutions' $100 charge, which many parties believed was excessive, in addition to its monopoly position in the market, was one of the contributing pressures that resulted in the creation of the International Ad Hoc Committee and its failed attempt to take control of the domain name system, and to the US Department of Commerce, NTIA releasing the White Paper and ultimately contracting with ICANN to administer the DNS.

With the formation of ICANN, the domain name industry opened up to partial competition, with NSIF retaining its monopoly on .com, .net and .org but having to recognize a separation of registry and registrar. By the end of 1999 the fee for registration had been reduced to a wholesale rate of $6 per year to registered resellers.