By margarita Snegireva. If real estate prices and the level of transactions go on declining at the rate projected by many experts, the country faces "a longer string of back-to-back quarters of declining residential investment than at any other time in the past 50 years," new Federal Reserve Bank of Boston President Eric S. Rosengren told a business group in Connecticut Tuesday. 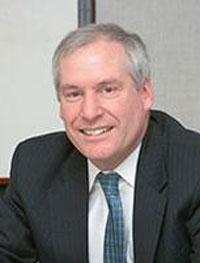 In his work as an economist, Dr. Rosengren has made the link between financial problems and the real economy a focus of his research, and he has published extensively on macroeconomics, international banking, bank supervision, and risk management. He has been an author on over 100 articles and papers on economics and finance, including articles in many of the top economics and finance journals.

He said residential investment was a "the laggard" among the components that make up Gross Domestic Product (GDP).

Rosengren was unspecific about broader economic ramifications of the housing market's fall.

"Previous periods where residential investment declined for a year or more were either accompanied by, or closely followed by, an economic downturn," Rosengren said in prepared remarks made available by the Boston Fed. "But history may or may not repeat itself because this period is distinctive in several other ways that add to uncertainty over its ultimate impact on the broader economy."