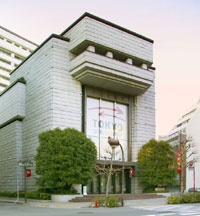 By Margarita snegireva. Japanese stocks reversed earlier declines and rose, amid speculation a recent sell-off has made many shares attractive.

The market opened sharply lower, tracking losses on Wall Street overnight that were due to lingering worries about the US housing market.

But after falling 257 points, the Nikkei rebounded as domestic and foreign investors bought back major issues, with many technical data showing valuations were already cheap.