McGraw-Hill expels 3 percent of its manpower

By Margarita Snegireva. McGraw-Hill Cos. reported on Tuesday it is cutting more than 600 jobs, resulting in a fourth-quarter charge of $43.7 million. 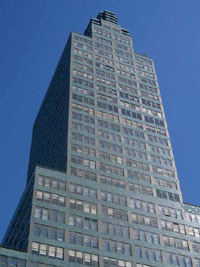 McGraw-Hill expels 3 percent of its manpower

McGraw-Hill attributed the cuts in its financial services division to current business conditions, which were affecting both the credit ratings services and other businesses of Standard & Poor's.

On Monday, S&P's rival Moody's Corp. said it would cut 275 jobs and take pretax charges of $47 million to $52 million in the fourth quarter as demand for credit ratings have been disrupted by the recent upheaval in debt markets.

The McGraw-Hill Companies, Inc. , is a publicly traded corporation headquartered in Rockefeller Center in New York City. Its primary areas of business are education, publishing, broadcasting, and financial and business services. It publishes numerous textbooks and magazines, including BusinessWeek and Aviation Week, and is the parent company of Standard & Poor's and J.D. Power and Associates.