By Margarita Snegireva. Leasing company AWAS Ltd placed a $6.9 billion order to Airbus for as many as 100 planes. 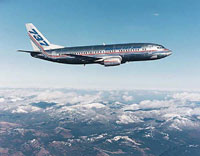 The report comes after a year of strong sales. Louis Gallois, chief executive of Airbus's parent, EADS, said earlier this week that the company was at the "peak of the cycle."

Airbus S.A.S. is an aircraft manufacturing subsidiary of EADS, a European aerospace concern. Based in Toulouse, France and with significant activity across Europe, the company produces around half of the world's jet airliners.

Airbus began as a consortium of aerospace manufacturers. Consolidation of European defence and aerospace companies around the turn of the century allowed the establishment of a simplified joint stock company in 2001, owned by EADS (80%) and BAE Systems (20%). After a protracted sale process BAE sold its shareholding to EADS on 13 October 2006.