Economic problems cause US stocks collapse

By Margarita Snegireva. After a warning by phone company AT&T of soft consumer spending sparked a new round of recession fears, helping drive the S&P to its worst-ever five-day start to a year, U.S. stocks tumbled on Tuesday. 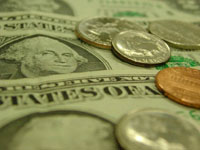 Economic problems cause US stocks collapse

AT&T Inc. is the largest provider of both local and long distance telephone services, wireless service, and DSL Internet access in the United States. AT&T is based in San Antonio, Texas, United States. Formerly SBC Communications, Inc., the company shed its name and took on the iconic AT&T moniker and the T stock-trading symbol (for "telephone") after its acquisition of American Telephone & Telegraph Company (later known as AT&T Corporation).

Since the break-up of AT&T Corp. in 1984, most of the companies spun off from it (the "Baby Bells") have merged into three major US telecommunications groups: Verizon, Qwest, and AT&T Inc. Most of these companies are made up primarily of former components of AT&T Corp. For the new AT&T, these include many Bell Operating Companies and the long distance division. The new AT&T lacks the vertical integration of the historic AT&T Corp. which prompted the antitrust suit and breakup in 1984.