By Margarita Snegireva. Disappointment with the Small Business Administration became an outrage among supporters of a long-term program that would ompose more restrictions on small companies owned by women. 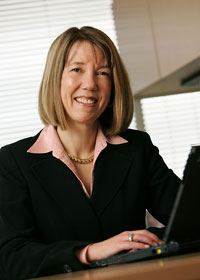 According to the agency, the mission of the Small Business Administration (SBA) is "to maintain and strengthen the Nation's economy by aiding, counseling, assisting, and protecting the interests of small businesses and by helping businesses and families recover from economic and other disasters."

The agency is also responsible for providing loans to homeowners and renters that have been victims of presidentially declared disasters. Presidential declarations automatically make disaster assistance available to victims if they meet qualifications. The Department of Agriculture and state governors also have the authority to request declarations on areas affected by disasters in their jurisdictions. Over 80% of the loans processed by the agency are for home owners and renters.

Seven years ago, Congress ordered the SBA to draft guidelines so federal agencies could meet the goal of awarding 5% of federal small-business contracts to female owners - a goal set by law in 1994. Last week, the SBA proposed a rule to implement the program and was criticized by those who said the guideline would be too restrictive.

The guideline also would limit broad eligibility to small businesses owned or controlled by economically disadvantaged women. Contracts awarded under the program would be limited to $5 million or less for manufacturing jobs and $3 million or less for other jobs.

Also, each agency would have to conduct an analysis of its procurement history to see if there was sufficient evidence of discrimination in that industry by the agency before it could reserve a contract exclusively for women-owned small firms.