By Margarita Snegireva. U.S. economy is likely to slow down. 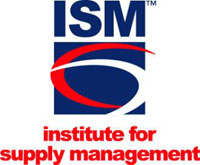 The U.S. manufacturing economy unexpectedly contracted in December, ending a streak of 10 consecutive months of growth and sinking to its lowest point in almost five years, a private research group said Wednesday. The decline suggests that the overall economy may be weakening faster than some economists predicted.

The figures are closely watched because a slowdown in factory production can translate to job cuts, which in turn reduces consumer spending — a major component of the economy.

The Institute for Supply Management, a Tempe, Ariz.-based private research group, said its manufacturing index registered 47.7 last month, down 3.1 percentage points from the 50.8 recorded in November. A reading above 50 indicates growth; below that level indicates contraction.

The Dow Jones Industrial Average had opened barely changed, but fell sharply after the release of the data, with the Dow Jones trading down 164.9 points or 1.2% by the end of the morning at 13,100.0.

The slowing US economy is also being felt elsewhere in the world.