Dubai World's stake in Mirage up to 6.5 percent

Dubai World announced Friday that it had increased its stake in casino operator MGM Mirage to 6.5 percent. 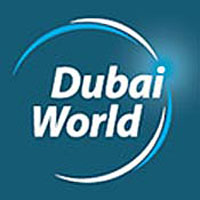 Dubai World's stake in Mirage up to 6.5 percent

The holding company that previously owned a 5 percent stake in MGM bought additional shares for $84.80 a share – or 424 million dollars. Dubai Worls said that it increased the stake after agreeing to buy five million shares from a foundation founded by MGM controlling shareholder Kirk Kerkorian.

The company said the purchase was for investment purposes.

Dubai World is an investment company that manages and supervises a portfolio of businesses and projects for the Dubai Government across a wide range of strategic industry segments and projects that make Dubai a leading hub for commerce and trading.

Dubai World was established under a decree ratified on March 2, 2006 by His Highness Sheikh Mohammed bin Rashid Al Maktoum, Vice President & Prime Minister of UAE and Ruler of Dubai.

On July 2, 2006 it was launched as one of the world’s leading holding companies, with more than 50,000 employees in over 100 cities around the globe.