Nasdaq:Atari should regain compliance with its minimum value

By Margarita Snegireva. Atari, Inc. , an interactive entertainment company, today announced that on December 21, 2007, it has received a notice from The Nasdaq Stock Market advising  to regain compliance with the minimum market value of Atari, Inc.'s publicly held shares required for continued listing on the Nasdaq Global Market, as set forth in Nasdaq Marketplace Rule 4450(b)(3). 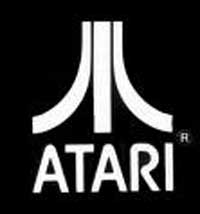 Nasdaq:Atari should regain compliance with its minimum value

Atari, Inc. received this notice because the market value of its publicly held shares (which is calculated by reference to Atari, Inc.'s total shares outstanding, less any shares held by officers, directors or beneficial owners of 10% or more) was less than $15.0 million for 30 consecutive business days prior to December 21, 2007. This notification has no effect on the listing of Atari, Inc.'s common stock at this time.

Atari is a corporate and brand name owned by several entities since 1972. As of 2007, it is owned by Atari Interactive, a wholly owned subsidiary of Infogrames Entertainment SA(IESA). Atari Interactive has in turn licensed the brand name and assets to Atari, Inc., a 51% majority owned subsidiary of Infogrames Entertainment SA (IESA), encompassing its North American operations.

The original Atari Inc. was founded in 1972 by Nolan Bushnell and Ted Dabney. It was a pioneer in arcade games, home video game consoles, and home computers. The company's products, such as Pong and the Atari 2600, helped define the computer entertainment industry from the 1970s to the mid 1980s.

In 1984, the original Atari Inc. was split, and the arcade division was turned into Atari Games Inc.. Atari Games received the rights to use the logo and brand name with appended text "Games" on arcade games, as well as rights to the original 1972 - 1984 arcade hardware properties. The Atari Consumer properties were in turn sold to Jack Tramiel's Tramel Technology Ltd., which then renamed itself to Atari Corporation. In 1996, Atari Corporation reverse merged with disk drive manufacturer JT Storage (JTS), becoming a division within the company.