By Margarita Snegireva. Vonage and AT&T settled their dispute over a patent. 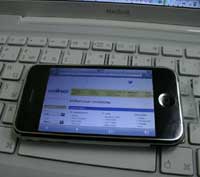 Vonage was hit by a string of patent suits since going public in May 2006. It settled a suit with Sprint Nextel and another one with Verizon Communications Inc in October.

AT&T sued the company, accusing it with using packet-based telephony products, which allows voice conversations to be carried over the Internet, based on products that use technology covered by AT&T patents.

Vonage did not disclose the nature of the settlement, which it said occurred on November 7. The settlement was finalized on Friday , Reuters reports.

In a statement, Vonage said "its services have been developed with its own proprietary technology and technology licensed from third parties." The company also said it would "vigorously defend (against) the lawsuit." Vonage said it hadn't been previously notified by Verizon that the company thought it was infringing on its patents. There are concerns that if the patent infringement issue is not resolved Vonage could be forced into bankruptcy.