By Margarita Snegireva. According to the Wall Street Journal, Merrill Lynch & Co Inc. is likely to get up to $5 billion investment from Singapore state investor Temasek Holdings TEM.UL. 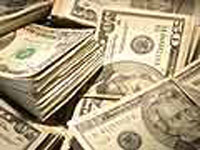 Temasek is in advanced talks with the largest U.S. brokerage and its board has given preliminary approval for the investment, the Journal reported, citing a person familiar with the matter.

However, pricing, timing and regulatory issues would still need to be negotiated between the two companies, the Journal said.

A Merrill spokeswoman could not be immediately reached for comment. In Singapore, Temasek spokesman Mark Lee said: "Like we told the Wall Street Journal, we decline comment."

Analysts estimate Merrill could further slash the value of these subprime-related assets by an additional several billion dollars. Last month, the company said its total exposure to subprime mortgages and collateralized debt obligations was $27.2 billion.

Merrill Lynch rose to prominence on the strength of its brokerage network (15,000+ as of 2006), sometimes referred to as the "thundering herd", that allowed it to place securities it underwrote directly. In contrast, many established Wall Street firms, such as Morgan Stanley, relied on selling groups of independent brokers for placement of the securities they underwrote. Until as late as 1970, it was known as the "Catholic" firm of Wall Street. The firm went public in 1971 and has since become a multinational corporation with over US $1.8 trillion in client assets, operating in more than 40 countries around the world. In 1978, it significantly buttressed its securities underwriting business by acquiring White Weld & Co., a small but prestigious old-line investment bank. Merrill Lynch is best known for its Global Private Client services and its strong sales force.

On November 1, 2007, Merrill Lynch CEO Stanley O'Neal left the company, after being criticized for the way he handled the subprime mortgage crisis, which resulted in about US $ 2.24 billion in unexpected losses, and for discussing in public the possible merger with Wachovia banking corporation, without being authorized by the board to do so. He left Merrill Lynch with about US $ 161 million worth of stock options and retirement benefits. John Thain succeeded him as CEO on December 1, 2007.