The federal budget deficit for November increased partly because of a quirk of the calendar. 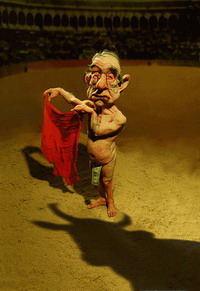 The Treasury Department reported Wednesday that the budget deficit for November totaled $98.2 billion (66.92 billion EUR), a record for the month. That was up 34.5 percent from a deficit of $73 billion (49.74 billion EUR) set in November 2006.

However, government analysts noted that much of the increase reflected the fact that because Dec. 1 fell on a Saturday this year, about $17 billion (11.58 billion EUR) in benefit payments were made early, shifting the impact into November.

Many private economists are forecasting that the deficit will rise this year under the impact of a weaker economy, which they expect to depress government revenues, and increased spending on the wars in Iraq and Afghanistan.

For the 2007 budget year, the deficit fell to five-year low of $162.8 billion (110.94 billion EUR). The Bush administration says its policies, if followed by the next administration, will erase the deficit completely. But private economists are predicting a relentless increase in red ink, reflecting the costs of war spending and rising costs for big government benefits programs such as Social Security and Medicare as 78 million baby boomers reach retirement age.