Oil prices around 90 US dollars a barrel 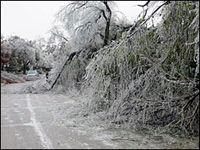 Oil prices around 90 US dollars a barrel

Oil prices were around US$90 a barrel Wednesday, ahead of a week report on the U.S. inventories that is expected to show that crude oil and petroleum product stockpiles rose.

Light, sweet crude for January delivery fell 7 cents to US$89.95 a barrel in electronic trading on the Nymex by midday in Europe. The contract had risen US$2.16 to settle at US$90.02 a barrel Tuesday.

In London, January Brent crude rose 5 cents to US$90.04 a barrel on the ICE Futures exchange.

"The market will be looking for confirmation that the crude oil stocks draws of last week were only due to fog delays and is pricing a rebound in crude stocks in the DOE report," said Olivier Jakob of Switzerland's Petromatrix.

The average forecast of analysts polled by Dow Jones Newswires was for the U.S. Energy Department's Energy Information Administration report to show that crude supplies grew by 100,000 barrels.

Gasoline inventories were estimated to increase 1.2 million barrels. Distillate stocks, which include diesel and heating oil, were tipped to rise 300,000 barrels, the survey showed.

Prices had dropped earlier Wednesday on reports that pipelines shut by an ice storm in the U.S. Midwest had been restarted.

An ice storm that caused outages of key U.S. oil pipelines helped drive oil prices up by more than US$2 a barrel in the previous session. But Dow Jones Newswires reported that at least one of the pipelines - some of which serve the closely watched New York Mercantile Exchange delivery terminal at Cushing, Oklahoma - had been quickly restarted and that three others soon would be.

"Yesterday's US$2 increase was primarily driven by the rather severe ice storm that knocked out power around Cushing," said Victor Shum, an energy analyst with Purvin & Gertz in Singapore.

"But that's just a short-term weather thing, no real disruption there, so that's why the oil price is edging down some," he said.

While traders saw the U.S. Federal Reserve's decision Tuesday to cut its federal funds rate by one-quarter of a percentage point to 4.25 percent as a move that will help the U.S. economy - the world's top oil consumer - and bolster demand for crude, many were hoping for a larger, half-point cut.

The larger cut would have been more of a boost to U.S. economic growth and would have weakened the dollar further, both factors that support oil prices. After the Fed settled for the smaller move, oil prices fell from Tuesday's highs and kept falling in after-hours trading.

"There is concern that the quarter-percentage-point cut in interest rates by the U.S. central bank may not be sufficient to improve the economic status in the country," said Vienna's PVM Oil Associates.