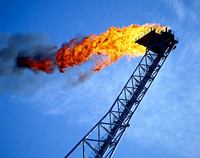 The companies will receive rebates and will be exempt from paying oil import duties, the official Xinhua News Agency reported, citing the National Development and Reform Commission.

The report gave no dollar figure for the subsidies, which are intended to help entice state-owned refiners into raising output.

But oil companies are still facing huge operating losses in their refining businesses, while some of the smaller, independent refiners have stopped or reduced production, said the NDRC, China's main economic planning agency.

It said that Sinopec was shipping about 400,000 tons of crude oil to smaller refiners in response to the government's order to boost supplies.

In 2005, the government paid billions of yuan (hundreds of millions of dollars/euros) to oil refiners to help compensate for rising losses. Surging prices and stronger sales helped offset losses in 2006, but this year's surge in crude oil prices to nearly US$100 a barrel has again squeezed their profit margins.

Sinopec reported an operating loss of 5.3 billion yuan (US$715 million; EUR486 million) in its refining division in the third quarter, though its overall net profit rose 5.5 percent from a year earlier on higher oil and gas output.

The government faces pressure from the oil companies to raise fuel prices, but is constrained by the need to cushion rising costs for China's hundreds of millions of impoverished farmers who depend on gasoline to run pumps and tractors.

Global crude oil prices have risen about 50 percent this year. They dropped to below US$87 a barrel on Thursday after a report showed an increase in U.S. supplies of gasoline and distillates, as well as of crude at a key U.S. terminal.