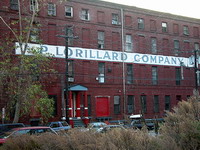 The No. 1 U.S. tobacco company filed suit in U.S. District Court seeking to block Lorillard from using an "M" in its packaging for Newport, contending it unfairly infringes on its top-selling brand.

Lorillard, which is based in Greensboro, North Carolina, filed an application in February with the U.S. Patent and Trademark Office to register "M Newport Blend" and "M Newport Blend The Way to Chill" as trademarks.

In a court filing Tuesday, Lorillard denied claims by Philip Morris that it engaged in "a blatant attempt to trade on the long-standing goodwill and equity of Philip Morris USA's M mark and its related Marlboro brand."

Lorillard said Richmond-based Philip Morris' "alleged M mark is not famous" and that "consumers do not associate the letter M alone with Philip Morris at all, let alone exclusively."

The company, which is requesting a jury trial to settle the claims, said it also filed a correction with the Patent and Trademark Office for its application, which should have read "Newport M Blend."

Philip Morris USA, a unit of Altria Group Inc., asked the court to find Lorillard in violation of Marlboro's trademark, block the company from using the "M" logo with its Newport cigarettes or any other brand, and to pay compensatory damages, among other demands.

Marlboro is the most popular cigarette in the United States, with a 41.1 percent share of the retail market. Philip Morris said its brands have a 50.6 share.

Lorillard, which is a subsidiary of Loews Corp., had a 10 percent share of the U.S. cigarette market. The Newport brand had a 9 percent share.

A request for comment from Philip Morris was not immediately returned on Wednesday.