Gazprom net profit down in 2Q to 4.21 billion dollars 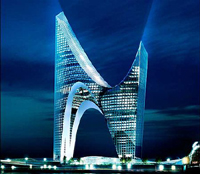 Gazprom net profit down in 2Q to 4.21 billion dollars

A warm winter in many parts of Europe weakened sales there, but higher prices in Russia and other former Soviet republics helped hike revenue by a modest 5.3 percent, to 532.37 billion rubles (US$21.79 billion; EUR14.82 billion), Gazprom said.

Higher prices for oil and gas the company purchased accounted for most of the increase in operating expenses in the first half of 2007, Gazprom said, with price increases for Central Asian gas it buys for resale driving the hike.

Gazprom, which controls virtually all of Turkmenistan's gas exports, agreed late last year to begin paying Turkmenistan US$100 (EUR67.84) per 1,000 cubic meters, up from US$65 (EUR44.09). Last month, it agreed to new increases that will take effect in 2008.

But Gazprom has also been raising rates for ex-Soviet neighbors that have long enjoyed politically charged discounts. Gazprom said last week that Ukraine would pay nearly US$180 (EUR122.11) per 1,000 cubic meters beginning next year, a 40 percent increase.

In more good news for Gazprom, the Russian government said Monday it had classified 32 gas fields as strategically important, increasing the company's chances of being chosen to develop their 5.2 trillion cubic meters of estimated reserves.

On Tuesday, the Federal Tariff Service approved a 25 percent increase in domestic gas prices next year, a move many had expected could be postponed due to inflation concerns that have worried the government before Russia's March presidential vote.