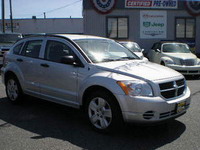 Landry, a Halifax native who received a bachelor's degree in management from the university in 1982, was at the school to announce that Chrysler Canada would donate $100,000 (67,746 EUR) to two scholarship funds.

He also said the company plans to "right size" itself and reduce its model lineup from 28 to around 20 while focusing on top-quality interiors, according to The Daily News of Halifax, which covered the speech.

"You have to come to the realization that in some instances, you've got to stop spending. You've got to `right size' what you do to the revenue that comes into the company," Landry told about 100 people, according to the newspaper.

Chrysler spokeswoman Lori Pinter said Friday that Landry was speaking in general terms to a group of marketing and business administration students. She would not say whether the revenue and income numbers he cited were accurate.

"I'm not going to confirm or deny our revenue figures," she said. "He was using general business examples to basically mentor these students."

She said the statement about model reductions had no time frame, and he about a direction in which the company was headed. And she said Landry's right-sizing comments do not necessarily mean more layoffs or buyouts.

"I wouldn't imply anything further than what the comment says," she said.

Chrysler earlier in November announced plans to cut up to 12,000 jobs, just after employees represented by the United Auto Workers ratified a new four-year contract with the company. The cuts include 8,500 to 10,000 hourly jobs and 2,100 salaried jobs through 2008, or about 15 percent of its work force. The cuts came on top of 13,000 Chrysler layoffs that were announced in February.

Chrysler already has said it will eliminate four products through 2008: the Dodge Magnum wagon, the convertible version of the Chrysler PT Cruiser, the Chrysler Pacifica crossover and the Chrysler Crossfire sports car.