Dell Inc tries to restore its position on global market

An idea to restart Dell Inc.'s fortunes got a mixed response on how well and quickly the computer maker can reinvent itself as an all-in-one technology juggernaut. 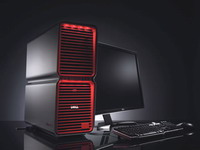 Dell Inc tries to restore its position on global market

In the company's first earnings conference call with analysts in over a year, Dell CFO Don Carty and founder and CEO Michael Dell on Thursday predicted more restructuring costs for the future. These will include acquisitions, layoffs and what Carty described as a slower decline in component costs.

The company's shares tumbled $3.80, or 13.5 percent, to $24.33 in trading Friday, on news from Thursday's earnings report, released after the market's close.

Michael Dell outlined a long-term growth strategy that will focus on five key markets and products, including hardware for consumers, software and other products for small- and mid-size businesses, and the lucrative business of software services, where Dell manages computer systems for other companies.

"As we reshape the business here, clearly the intent is to grow cash flow considerably over time," he said. "There's a lot of upside for us in the places that are growing the fastest."

The rare update came as Dell reported a 27 percent growth in third quarter earnings buoyed by growth in overseas markets like Brazil, solid demand for notebooks, and falling prices for memory chips and other components.

The results fell just shy of analyst expectations. Analysts surveyed by Thomson Financial were expecting the Round Rock company to post profits of 35 cents per share on revenue of $15.34 billion.

Roger Kay, president of Endpoint Technologies Associates, Inc., said Dell's quandary is how to achieve such a long term turnaround while still maintaining profitability each quarter.

He said Dell's goals seem to be taking longer to achieve than he would have anticipated.

"They seemed to be trying to dampen enthusiasm for what will be the fourth quarter," Kay said. "The bottom line keeps drifting further into the future. And Wall Street, they aren't exactly known for their patience."

Other analysts were less critical, such as Samir Bhavnani at The NPD Group. He said Dell's challenge will be to deliver on its promises, no matter how long it takes.

"Dell is a gigantic ship and it takes forever for moves to really start having an impact," he said. "They've made the right first decisions, which are the hard decisions."

It's been a rough time for Dell since August 2006, when the computer giant first disclosed an internal accounting investigation and issued a massive notebook battery recall. A few months later, Dell lost its No. 1 position in the PC market to rival Hewlett-Packard Co. and has yet to gain it back.

Extensive changes have followed, including the return of Michael Dell as CEO, a global effort to make some of its consumer products available at retail stores - instead of only on the Internet - and plans to lay off 10 percent of its work force.

Yet HP continues to expand and now leads Dell by nearly 5 percentage points, commanding 20 percent of the U.S. market, compared with Dell's roughly 15 percent, according to the latest data from market researcher IDC.

During the quarter, Dell shipped about 9.9 million computers worldwide, compared with HP's 12.8 million, according to research firm Gartner Inc. And Dell had about 14.4 percent of the worldwide PC market, down from 15.9 percent a year earlier and below HP's 18.6 percent.

Michelle Warren, senior research analyst with Info-Tech Research Group, said it was good to hear Dell has a growth plan in place, and she wasn't overly concerned with short-term hiccups as the restructuring continues.

"They've got this plan in place and it's a plan that will take them to a successful ending," Warren said. "It might be a new Dell to those who are outside looking in, but I think it still has the same pedigree that made them into the largest PC company a couple of years ago."

Dell has 89,100 temporary and permanent employees worldwide and still intends to eliminate 10 percent of its work force by next year. Carty suggested that figure could be a bit of moving target due to a recent slew of acquisitions which have added workers.

The company also plans to restart its share buyback program in December. The program was suspended in August.