The dollar acquires a new low rank against the euro in thin trading. 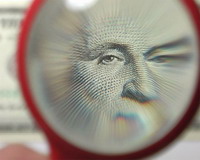 "Once again the message ... coming through is that with further rate cuts expected from the Fed, the dollar is struggling to find any serious supporters," said James Hughes, an analyst at CMC Markets.

The Thanksgiving holiday weekend kept many players on the sidelines, while Japanese financial markets were closed Friday for the Labor Thanksgiving Day holiday.

The euro, the pound and other currencies have been climbing steadily against the dollar since August amid fears for the health of the U.S. economy, stoked by the subprime credit crisis.

The euro is on track to trade in a $1.50 to $1.60 range over the coming months, Norbert Walter, chief economist at Deutsche Bank, told Dow Jones Newswires on the fringes of the European Banking Congress.

In that range, it is overvalued by about 30 percent, he said.

Earlier in the day, Commerzbank AG Chief Executive Klaus Peter Mueller said he expected the euro to trade in the $1.50 to $1.60 range over the next 12 months.

The dollar has been further weakened by interest rate cuts, which can be used to jump-start an economy, but can also weaken a currency as investors transfer funds to countries where they can earn higher returns.

The Federal Reserve has already cut rates twice and speculation is growing that as the subprime fallout continues, it will be forced into another cut.

In other New York trading, the dollar rose against the Canadian currency. The Canadian dollar was worth $1.0108 Friday, down from $1.0160 late Thursday, according to Dow Jones' Interbank foreign-exchange rates, and from $1.0126 late Wednesday in New York.