Unemployment benefits claims fall to lowest level in US

The number of furloughed workers claiming for unemployment insurance in the U.S. fell last week to the lowest level since Oct. 9, though wildfires increased the unemployment rolls in California, the Labor Department reported. 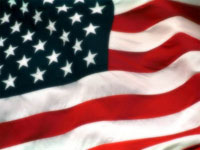 Unemployment benefits claims fall to lowest level in US

317,000 applicants filed for jobless claims last week, down by 13,000 from the previous week. It was the lowest level for the last month.

The bigger-than-expected improvement came even though benefit applications were boosted by almost 3,000 in California as a result of the wildfires that struck that state. Last week's increase brought to almost 4,000 the number of layoffs in California attributed to the adverse effects of the fires.

Even with last week's decline in overall claims, the four-week average for claims edged up to 329,750, the highest level since mid-April.

Economists are looking for the unemployment rate, currently at 4.7 percent, to rise to 5 percent in coming months as the economy is buffeted by the effects of a housing recession, a severe credit crunch and record-high oil prices, which this week briefly touched $98 per barrel.

Because of these forces, analysts believe the economy, which recorded a solid 3.9 percent growth rate in the July-September quarter, will slow significantly in coming quarters.

Some analysts believe growth will be less than 2 percent in the current quarter and even weaker in the first three months of next year, the period in which they see the maximum danger that the country could slip into a recession.

Federal Reserve officials cut a key interest rate for the second time in two months last week but signaled that at the moment they don't see a need for further rate cuts. However, that view could change if turmoil in the stock market, which has seen sharp price declines in recent days, becomes more severe.

The concern is that the slump in home sales and prices and surging gasoline costs will rattle consumer confidence and cause shoppers to curtail their spending. That could seriously affect overall growth since consumer spending accounts for two-thirds of total economic activity.

The nation's big retail chains reported Thursday that they had disappointing results in October because of shoppers' ongoing worries about the housing slump and higher energy prices.

Mall-based apparel stores like Limited Brands Inc., Pacific Sunwear of California Inc., and Wet Seal Inc. all turned in sluggish sales figures. Wal-Mart Stores Inc., the world's largest retailer, reported sales that were below expectations, despite its aggressive discounting heading into the holidays.

For the week ending Oct. 27, three states had increases in claims of 1,000 or more, led by a gain of 3,525 claims in Pennsylvania, an increase attributed to higher layoffs in the mining, food, petroleum and furniture industries.