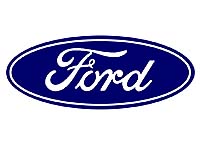 Ford Motor Co. said that it had lost $380 million (EUR258.12 million) in third quarter, a vast improvement over its $5.2 billion loss a year earlier.

But it was a worse performance than its second-quarter profit of $750 million (EUR509.44 million), its first profitable quarter in two years.

The overall net loss amounted to 19 cents per share for the July-September period in contrast to a net loss of $2.79 per share in the third quarter of last year.

Much of the loss was attributed to $350 million (EUR237.74 million) in special items, including an offer to exchange preferred securities and personnel reduction costs in Europe and with its Premier Automotive Group.

The struggling automaker also reported a$1 billion (EUR680,000) pretax loss on its home turf, North America, but that was an improvement over the $2.1 billion (EUR1.43 billion) it lost in the year-ago period.

Ford also said it expects to sell its Jaguar and Land Rover units early next year, and it said it has completed a review of Volvo and plans to improve its financial performance.

The company reported revenue of $41.1 billion (EUR27.92 billion) for the quarter, up from $37.1 in the July through September period last year.

Ford also said it has shed 25,900 hourly workers and 10,600 salaried workers since the end of 2005 as part of its restructuring plan. The reductions came mainly from buyouts and early retirement offers and have exceeded the company's plan for 2008, Ford said.

"Our third-quarter performance is very encouraging," President and Chief Executive Alan Mulally said in a statement. "We can see our plan taking hold with significant improvement continuing in our core automotive operations."

Ford predicted it would have a small loss or break even for the full year excluding special items, with substantial year-over-year improvement in its fourth quarter results. But it still expects to lose money in the final quarter of the year on a pretax basis, mainly in North America.

The report from Ford came a day after General Motors Corp. posted a $39 billion (EUR26.49 billion) loss for the third quarter, one of the biggest quarterly losses ever in the U.S., as a charge involving unused tax credits ended a string of three profitable quarters for the U.S.'s largest automaker.