Las Vegas Sands Corp., run by billionaire Sheldon Adelson, faced a $48.5 million (33.63 million EUR) loss in the third-quarter, driven by high costs to open its megaresort in Macau and an unlucky run in its casinos. 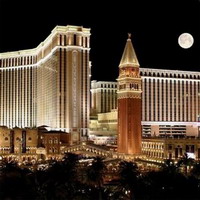 The company's shares fell more than 17 percent in after-hours trading.

Analysts polled by Thomson Financial, on average, expected earnings on that basis of 31 cents per share, on revenue of $783 million (742.88 million EUR).

The company said the drop in profits was driven by an increase of $75.9 million (52.62 million EUR) in pre-opening expenses related to the opening of The Venetian Macao on Aug. 28, preparations to open The Palazzo in Las Vegas on Dec. 20 and plans for future properties in Macau, Singapore and the U.S.

The company also cited a lower win percentage on table games and an increase of $27.6 million (19.14 million EUR) in depreciation and amortization expenses.

In Las Vegas, for example, although the volume of gambling increased, the table games win percentage was only 14.7 percent in the quarter, compared with 23.4 percent in the third quarter of last year. The win is expected to range from 20 to 22 percent.

"Everything's up but the table hold," President William Weidner told a conference call.