Pharmaceutical sales to be reduced in 2008

Only a third of global sales in 2008 will be taken by pharmaceutical sales. 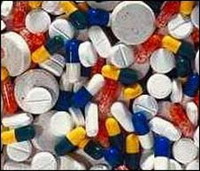 Pharmaceutical sales to be reduced in 2008

Prescription drugs sales in emerging economies in China, Brazil, Turkey, Mexico and elsewhere are booming but the gains will be offset by the loss of patent protection for profitable drugs worth $20 billion (13.87 billion EUR) in annual sales in 2008, predicts health care research firm IMS Health.

IMS expects 29 new drugs to launch next year, but most of them will target less common diseases, not offsetting lost sales of drugs like Merck's Zocor, a widely used cholesterol-lowering drug that lost patent protection in June 2006.

Generic manufacturers like Mylan Inc. and Barr Pharmaceuticals Inc. will continue to make inroads in emerging markets. IMS estimates prescription drug sales in China, Brazil, Mexico, Turkey and other emerging economies will account for 25 percent of the global market in 2008, although economic growth in the developing world won't benefit brand-name manufacturers as much until those countries can afford more expensive, innovative medicines.

The IMS report of slowing sales growth comes as U.S. federal regulators have stepped up scrutiny of pharmaceuticals and grown more cautious about new drug approvals, especially in the aftermath of pulling a widely sold arthritis drug because of safety concerns.

In 2007, the Food and Drug Administration has slapped new warnings on drugs from GlaxoSmithKline plc, Amgen Inc. and Eli Lilly and Co. and rejected highly anticipated products from Sanofi-Aventis and others.

"What we see is more information on drug usage becoming available and being mined to find risks and safety issues," said Murray Aitken, a senior vice president with IMS Health. "Overall this means more uncertainty for companies, as well as for their ability to get products to patients."