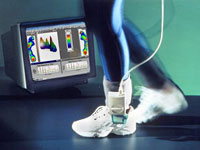 Net income for the three months through Sept. 30 dropped to US$13 million (€9 million) from US$92 million in the same period a year earlier, the company said in a statement. Sales rose 24 percent to US$845 million (€584.9 million).

Smith & Nephew bought Plus Orthopedics Holding AG in May for US$887 million (€614 million) and BlueSky Medical Group Inc. in the same month for up to US$95 million (€65.8 million).

"Global market conditions continue to be driven favorably by underlying demographic trends which are creating strong demand for our innovative products," the company said.

In September, four companies including Smith & Nephew agreed to accept U.S. government monitoring and pay US$310 million in fines. The companies were accused of giving money and trips to surgeons who used their products.

More than half of the total fine would be paid by Zimmer Holdings Inc., with the rest coming from DePuy Orthopaedics Inc., Smith & Nephew and Biomet Orthopedics Inc.

If the companies comply with government oversight for 18 months, the charges against them will be dropped and they would not have to pay the fine.