Brazil's government is seeking to ban the sale of alcohol along highways and limit beer advertisements on television in a bid to reduce traffic fatalities and alcoholism in a nation know for its partying. 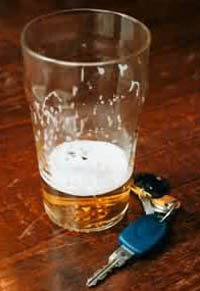 The government plans to put a bill to Congress for approval that would ban TV beer ads between 8 a.m. and 9 p.m. and restrict the use of images of young people or sports in the ads, Health Minister Jose Gomes Temporao said. The bill would also ban alcohol sales on highways.

"We're not restricting the consumption of alcohol - that is culturally accepted," he said. "Everyone drinks, Brazilians drink. ... The government strategy is 'damage control,' not prohibition."

Temporao did not say when the bill would be introduced to Congress. It was formulated by four ministries, including the Health Ministry.

Drinking is rife among young Brazilians. The Health Ministry estimates that in 2005, about 75 percent of Brazilians between the ages of 12 and 16 had consumed alcohol at least once, and 12.5 percent said they were "dependent" on alcohol.

Temporao said countries like Portugal that restricted the sale of alcohol along highways have sharply reduced the number of accident-related deaths.