About one-quarter of Russia's gas exports will go to the Asia-Pacific region as of 2020, compared with about 5 percent today, and the proportion of Russian oil exports to the region will increase tenfold from 3 percent to 30 percent, Russia's industry and energy minister said Monday. Russian gas supplies to China may reach 68 billion cubic meters by that year, being pumped through two pipelines beginning in 2011, Minister Viktor Khristenko said. 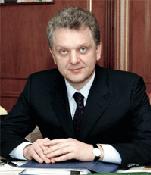 "The 'eastern trend' in the framework of energy strategy and policy is an adequate response to the global challenges and risks facing Russia and is the realization of the policy of diversifying markets and supply directions, and minimizing the risks of transit territories," Khristenko told a forum discussing Russia's role in energy in the 21st century.

He said the concentration of supplies to the East necessitated the creation of a single system of extraction and transport in eastern Siberia and the Russian Far East, according to the text of the speech, which was posted on the Web site of the Industry and Energy Ministry.

Construction of the first leg of the pipeline leading from eastern Siberia to the Pacific, which will include a branch to China, will be completed by the end of 2008, Khristenko said. The pipeline route would run from the town of Tayshet in Siberia's Irkutsk region through Skovorodino in the Amur region to the port of Perevoznaya in the Primorye region on the Pacific coast. China is already a top consumer of Russian oil, but all of it is supplied by rail, reports the AP.