US to judge Russian hackers for millions of dollars of damage 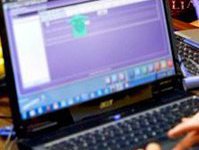 The United States will bring the fraud case against a group of Russian hackers to trial. The group consisted of four Russian and one Ukrainian citizens.

In addition, they had been hacking computers of major U.S. and international companies for seven years. The damage caused was evaluated at hundreds of millions of dollars.