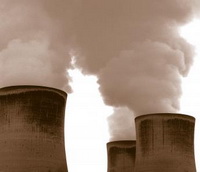 Poorer nations stalled the talks in resistance to what they saw as efforts by the rich to impose decisions falling short of strong commitments to reduce greenhouse gases and to help those countries hurt by climate change. Conference observers said, however, that negotiators still had time to reach agreements.

Outside the meeting site in Copenhagen's suburbs, police fired pepper spray and beat protesters with batons as hundreds of demonstrators sought to disrupt the 193-nation conference, the latest action in days of demonstrations to demand "climate justice" — firm steps to combat global warming. Police said 230 protesters were detained.

Meanwhile, protests involving thousands of people today inside and outside the Bella conference centre hosting UN climate talks in Copenhagen have passed off without major incident.

About 4,000 campaigners marched on the Bella centre in an attempt to stage a "people's assembly" inside the summit, but were stopped by police. At least 260 protesters have been detained following clashes outside the Bella centre, said the Danish police spokesman, Per Larsen.

Tim Jones, policy officer for anti-poverty campaigners the World Development Movement, said: "Today thousands of people sought to create a people's assembly to get voices heard offering real solutions to the climate crisis. The people's assembly was stopped by police who committed unprovoked violence on both protesters and official delegates to the UN negotiations. This is a moment in history where the right to protest is of vital importance."

Campaigners complained at officers' use of pepper spray to keep the march – organised by the Climate Justice Action and Climate Justice Now! (CJN) networks – away from the conference centre. Magnus Leitt, an eyewitness, said of the tactic: "[The spray] went right into my eyes, I couldn't do anything to get out of the way. It burns like fire. But the worst thing is that you start to hyperventilate, you can't get your breath and then it's hard not to panic," he said, guardian.co.uk reports.

It was also reported, Climate Justice Action, which organized the march, said a few thousand people took part. Police declined to estimate the number of protesters.

The conference's U.N. organizers restricted non-governmental organizations' access to the Bella Center for security reasons on Wednesday, drawing sharp criticism from many NGOs.

The Danish government said it would arrange an alternative conference venue in Copenhagen for observer NGO members that would not be able to enter the Bella Center on Thursday and Friday when 119 heads of state and government join the talks, Reuters reports.