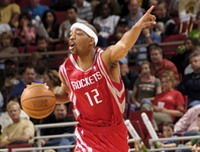 The prosecution didn’t get enough evidence to prove the case.

Alston was arrested in the early hours of Tuesday, August 28 in New York on charges of allegedly slashing a man on the neck during a nightclub altercation. Neither the club owner, police, nor security tapes have provided any evidence of the incident occurring.

The victim, Wilbert Ashman of Long Island, told the police that they had a confrontation during which the Houston Rockets’ player cut him on the neck. But the witness claimed that Ashman wasn’t injured when he left the club.

In the 2006-2007 season, as the Rockets starting point guard, Alston averaged 13.3 points, 3.4 rebounds, 5.4 assists and 1.6 steals per game. He finished the season ninth in steals among all NBA players, fourth in three pointers made, and 20th in assists. He also had the worst field goal percentage in the NBA among qualified players at 37.6%.