Patrick Patterson to miss this season due to ankle fracture 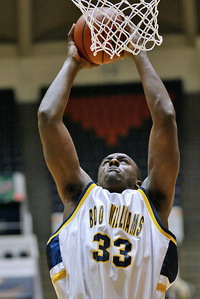 Patrick Patterson to miss this season due to ankle fracture

An 18-year-old basketball player for the University of Kentucky, Patrick Patterson, won’t take part in games for the rest of the season. The reason is a fracture in his left ankle.

He is a 6'8", 232 lbs. McDonald's All-American power forward. He grew up in Huntington, West Virginia and helped lead Huntington High School to three-straight state championships. He picked Kentucky over Duke and Florida in a highly publicized recruiting battle.

The fracture was confirmed Friday by an X-ray. He is allegedly to stay away from field for 8 weeks.