The Eni-Neftegaz company, reportedly an affiliate of Italy's Eni SpA, won an auction Wednesday for an array of assets of the bankrupt Russian oil giant Yukos, including a 20 percent stake of the oil division of state-controlled gas monopoly Gazprom. 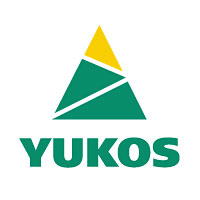 The Interfax news agency identified the winning bidder as an affiliate of Eni and said Gazprom had signed a call option with Eni-Neftegaz to buy the 20 percent share in Gazprom's oil division.

Other assets that Eni-Neftegaz bought in the single lot at the auction at Yukos' headquarters included the gas companies Arcticgaz and Urengoil.

Other bidders at the auction included an affiliate of the Russian private natural gas producer Novatek and a subsidiary of state-controlled oil company Rosneft. Another Rosneft subsidiary last month bought at auction a nearly 10 percent share in Rosneft that had been held by Yukos.

That purchase, and the prospect of Gazprom buying oil assets bought in Wednesday's auction, would further solidify state-controlled companies' position in Russia's vast and lucrative oil and gas industry.

Once Russia's biggest oil producer, Yukos was driven into bankruptcy after it was hit by billions of dollars in back-tax bills and its founder and chief, Mikhail Khodorkovsky, was arrested at gunpoint in 2003. In what critics called a show trial to punish him for funding opposition parties, Khodorkovsky was sentenced in 2005 to eight years in prison for fraud and tax evasion.

Yukos' main production unit, Yuganskneftegaz, was sold at auction in 2005 to a shell company that was purchased by Rosneft shortly afterward.

More Yukos assets are to go on the block in May, including the Tomskneft production unit and three refineries.