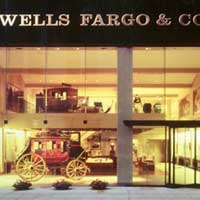 The San Francisco bank's stock issue priced at $25 a share before the market opened. Wells Fargo agreed to raise $10.4 billion in new capital as part of a deal with regulators to exit the U.S. Treasury's Troubled Asset Relief Program, or TARP. Wells Fargo accepted $25 billion in TARP funds last year when the federal government rescued the U.S. financial system.

Shares of Wells Fargo recently traded up 0.9% to $25.72 in morning composite trading.

Wells Fargo said Tuesday during a conference call with investors that it could raise an additional $1.56 billion as one way of meeting the government's demands. Under the TARP exit agreement, Wells Fargo agreed to either sell $1.5 billion in assets by the end of 2010, or raise an additional $1.5 billion in capital. If Wells Fargo chooses to sell assets, Chief Executive John Stumpf said Tuesday those assets will not be strategic businesses.

Wells Fargo struck its deal with the government after Bank of America Corp. (BAC) and Citigroup Inc. (C) both signed agreements with regulators to free themselves of the additional layers of government oversight that have accompanied financial support from taxpayers. Executives from the banks have praised the government's rescue as effective, but have also chafed against restrictions on top executives' lucrative compensation packages as well as the government's stress tests, or close examinations, of the largest financial institutions, The Wall Street Journal reports.

It was also reported, Citigroup Inc. (C) is also planning a similar sale this week in which it is aiming to raise as much as $20.5 billion to help it exit TARP, mostly through common stock issuance.

The U.S. Treasury intends to piggyback on that deal, selling up to $5 billion of its Citigroup stock alongside Citigroup's own sale, as it begins to unwind its 34% stake in the company.

Citigroup will be the last of the roster of giant banks to repay its TARP monies. Last week, Bank of America (BAC) raised $19.29 billion in a complex securities sale, which allowed it to repay its $45 billion bailout. J.P. Morgan Chase & Co. (JPM), Goldman Sachs Group Inc. (GS) and Morgan Stanley (MS) paid the government back in June, The Wall Street Journal reports.

Meanwhile, Wells Chief Executive John Stumpf on Tuesday declined to provide details of his firm's talks with the government regarding the decision to repay TARP funds. Stumpf, when asked on a conference call to describe the talks with the government about payback terms, said: "I don't think it is productive, and I am really not in a position to discuss the discussions and negotiations with the other party. I just don't think it would be productive.

"All I know is, in our case, we thought it was in our shareholders' interest to do this thing now," Stumpf said on the conference call, MarketWatch reports.