Cablevision reports fourth-quarter profit due to influx of customers 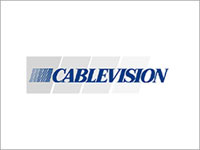 Cablevision reports fourth-quarter profit due to influx of customers

Cablevision Systems Corporation is an American cable television company. It is the 5th largest cable provider in the USA, with most customers residing in New York, New Jersey, Connecticut, and parts of Pennsylvania. Cablevision also offers high-speed Internet connections, as well as digital cable, and VoIP phone service through its Optimum brand name. Furthermore, Cablevision now offers Optimum Online Wi-Fi, which is available throughout the country to existing Optimum Online customers.

Cablevision, as a content provider, also engaged in a dispute with Verizon over the carriage of MSG Network and Fox Sports Net New York on its FiOS television systems. Verizon sued Cablevision, claiming that the latter company did not want to make their valuable local sports coverage available to an emerging competitor to their cable systems. An agreement was reached in November 2006 allowing FiOS to carry these channels.

The stock has risen since late January after analysts such as Greenfield and Miller Tabak & Co.'s David Joyce predicted Cablevision would add subscribers for the first time since the first quarter of 2007. Both analysts are based in New York and recommend Cablevision shares, which neither of them owns.

Shareholders rejected a $36.26 a share takeover bid from the Dolan family last October, after Marangi and other shareholders said the offer was too low.

Cablevision continued to add customers for Internet and phone service more rapidly than it lost basic video subscribers to Verizon and satellite TV companies such as DirecTV Group Inc. The company added 102,000 telephone service customers and 62,000 Internet access clients in the quarter.