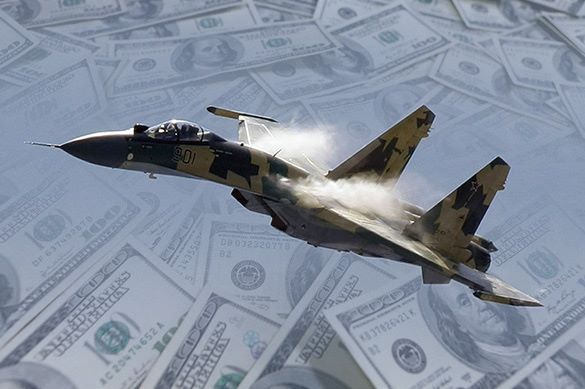 Earlier, the head of Russian Technologies, Sergei Chemezov, said that from January to August 2016 Russia exported weapons and military equipment worth more than $7 billion.

However, according to President Vladimir Putin, the figure was a lot smaller as of July - $4.6 billion. In March of this year, Putin said that last year's figures amount to approximately $14.5 billion, while the value of reserve orders for products of the Russian defense industry set a maximum in 24 years - $56 billion.

According to the head of Russian Technologies, the order portfolio of Russia's defense export giant Rosoboronexport amounted to $48 billion as of July 2016.

"Until recently, our order backlog was $45 billion, and now it is $48 billion. Rosoboronexport shipments alone are evaluated at more than $13 billion annually, and together with other companies - at more than $15 billion," the head of Russian Technologies Sergei Chemezov told the Kommersant newspaper.

According to Chemezov, financial opportunities of Russia's largest arms customers - China, Algeria, Vietnam and Egypt - would be enough to maintain the momentum on weapons sales in the coming years.

USA lifts sanctions from Rosoboronexport to its own benefit

Interestingly, the USA lifted sanctions against Rosoboronexport on contracts for technical maintenance of Mi-17 helicopters in Afghanistan, Deputy Director General of the company, Sergei Goreslavsky said.

A member of the Federation Council Committee on Economic Policy, Nikolay Vlasenko, believes that the Americans have lifted the sanctions only for their own benefit.

According to Nikolai Vlasenko, Afghanistan is a troubled area in terms of terrorism and drug trafficking, so one should increase the number of US-Russian joint projects in the field. "We need to look for common ground, rather than for apples of discord," says Nikolay Vlasenko.

On September 2, 2015, the US government imposed sanctions against a number of Russian companies in connection with violations of the Law on Non-Proliferation that affected Iran, North Korea and Syria. The sanctions, in addition to Rosoboronexport, affected the Tula Instrument Design Bureau, MiG Corporation as well as their divisions and subsidiaries.