Russia's state-run space corporation Roscosmos has refused to take part in Farnborough Air Show 2016. The air show, held in the UK, is considered the largest aerospace show in the world. 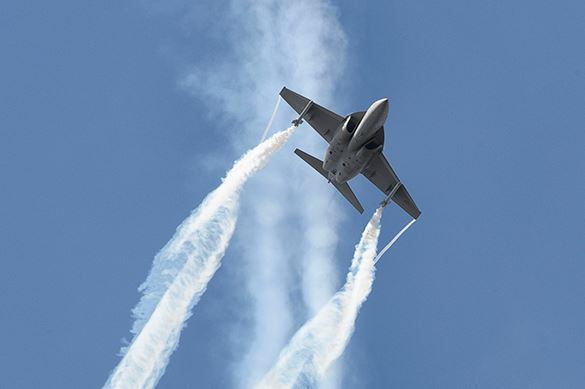 The letter about the  decision of the state corporation not to participate in Farnborough 2016 was sent to companies last week, the Izvestia newspaper said.

"In 2015, the British side refused to allow Russian companies to participate in the exhibition of military equipment DSEI-2015, even though the applications were submitted timely, - the letter runs. - The British officially explained their decision by saying that the sanctions of the UK government, as well as restrictions for cooperation in the field of defense made the participation of any Russian organizations or their representatives in any exhibitions on the territory of the country impossible."

In addition, Russia's defense export giant Rosoboronexport is said to refuse from the participation in Farnborough 2016. The company used to be in charge of the organization of the Russian exposition at the show.

The Farnborough International Airshow combines a major trade exhibition for the aerospace and defence industries with a public airshow. The event that last for one week is held at Farnborough Airport in Hampshire, England, in July. The first four days (Monday to Thursday) are dedicated exclusively to trade, and the last three days of the event are open to the public.

The airshow is an important event in the international aerospace and defence industry calendar, providing an opportunity to demonstrate civilian and military aircraft to potential customers and investors. The show is also used for the announcement of new developments and orders.